EMF’s is the abbreviated form of ‘electric and magnetic fields,' which are areas of energy invisible to the naked eye. It falls under two categories:

Ionizing: High-level radiation that can potentially cause damage on a cellular and DNA level 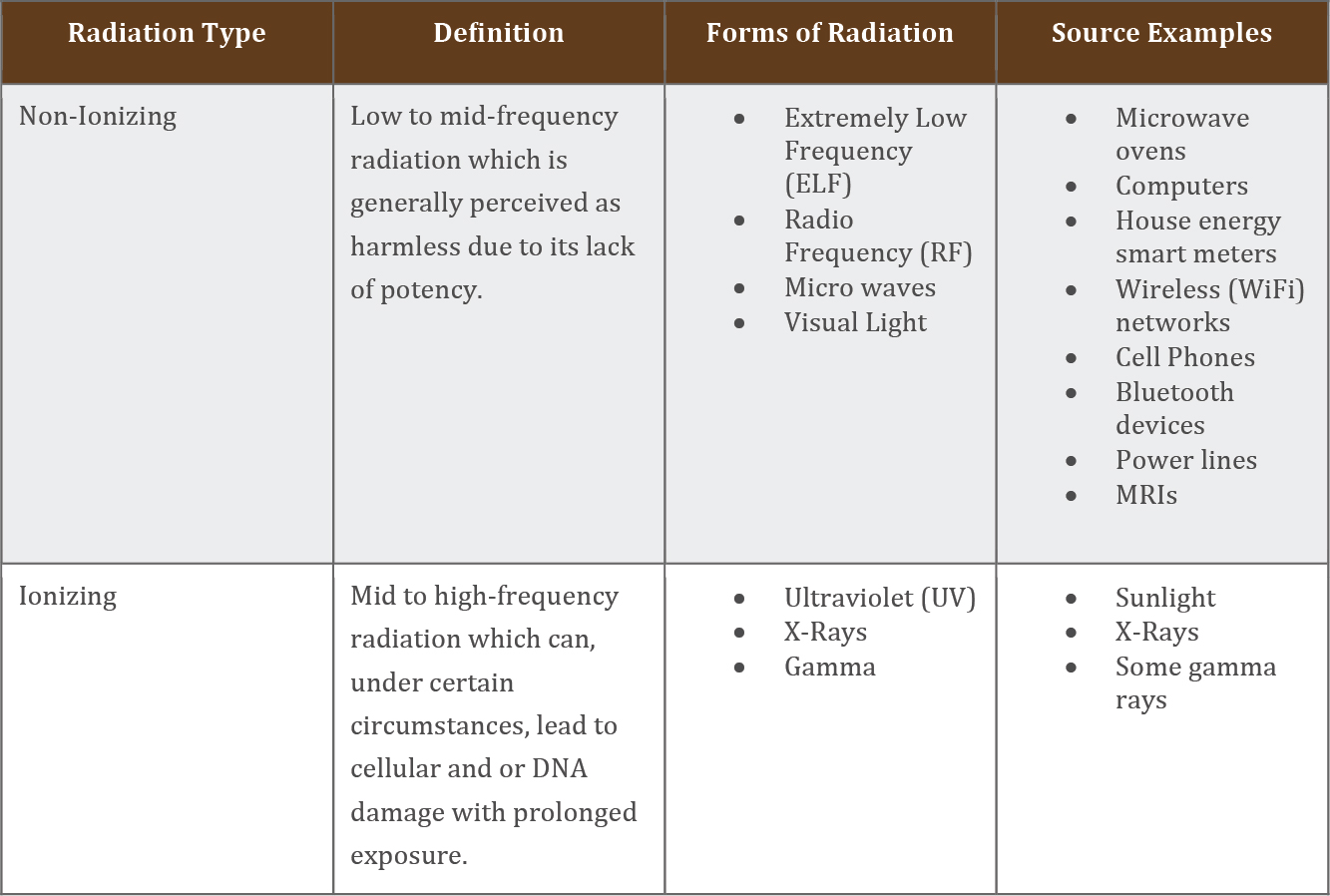 EMF's are typically associated with any device that runs on electrical power, like your cell phone or car. But most people do not know that EMF’s are also a naturally occurring phenomenon. Lightning from thunderstorms are a good example of this, but an even better one would be the Earth’s core. EMF’s generated from the core completely engulf the planet from the North to South pole, providing a constant stream of EMF radiation. This same magnetic field is what makes compasses work and is used as a navigational tool by fish and pigeons.

There have been a number of scientific and research studies examining any possible adverse effects EMF’s could have on the human body. But the largest endeavor conducted was by the National Institute of Environmental Health Sciences (NIEHS) and the Department of Energy (DOE), both of which are U.S. government agencies. The NIEHS and DOE dubbed their six-year evaluation the “Electric and Magnetic Fields Research and Public Information Dissemination Program” (EMF RAPID). When it was completed, the NIEHS and DOE reported their findings to Congress, stating that the “overall scientific evidence for human health risk from EMF exposure is weak.” Below is a visual example providing context on the varying levels of EMF. The shorter the wavelength, the more harmful it can be, like x-rays, gamma and ultraviolet. The longer the wavelength, the lower the energy, which includes infrared, micro waves and radio.

Infrared lands upon the same spectrum that visible light is on, the Electromagnetic Spectrum (pictured above). Unlike visible light, infrared is imperceptible to the human eye and instead, is detected by one of our other five senses: Touch. Now, we of course cannot literally touch infrared the way you’d pet your dog, but we can feel the heat it generates within our bodies. Put simply, this is accomplished when infrared waves vibrate the water molecules within us, which then eventually causes us to sweat. If you have never experienced an infrared sauna before, an excellent way to imagine the heat generated from infrared is to recall the last time you stood in the sun for a prolonged period of time. Chances are you felt the heat on your skin and probably began sweating. This is because eighty percent of sunlight is infrared waves, which is exactly how our saunas operate, minus all the harmful ultraviolet rays the sun also emits.

All of our saunas have been tested by third-party companies, such as  Intertek (specializing in assurance, inspection, product testing and certification) and Vitatech (specializing in measuring EMF levels in products and environments, expert engineering EMI/RFI consultants). We are proud to confidently state that our saunas are tested low or virtually zero EMF, depending on the model you purchase. 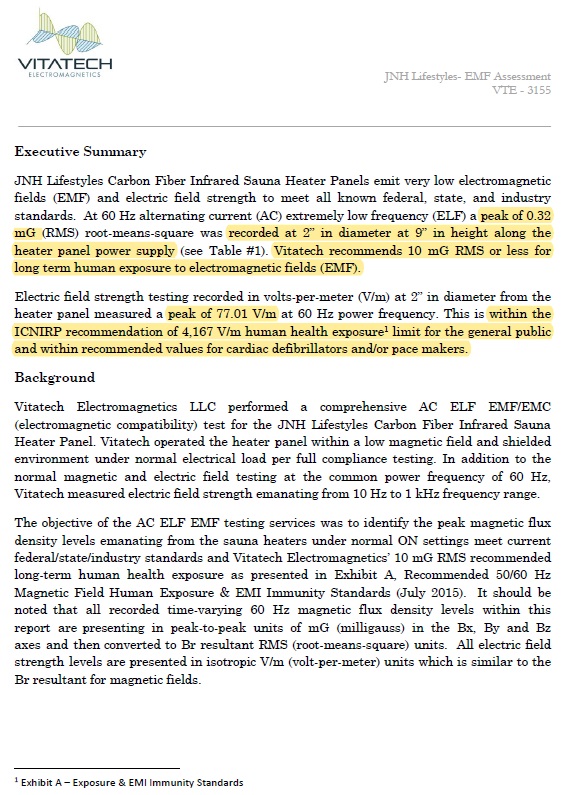 EMF: Electric and Magnetic Fields Associated with the Use of Electric Power

Get exclusive deals, news and more when you sign up for our newsletter!